How using the right tool can transform your classroom

The creative tools you use have a big impact on the creative journey you and your students take, so it’s important to know you are using the right tool for the right job.

Your choice to use either a chisel, pencil or software, will dictate your project path. How often have you wished that you had a smaller chisel, a softer pencil, or faster shortcut feature that would enable you to do something better or quicker, and possibly give you more time to expand the artwork or project to make it even better? Do your current tools give you and your students the options and flexibility required to complete a project to the best of your/their abilities?

For a writing task you would likely pick a word processor, knowing you are safe to start writing but still have the flexibility to make changes at a later date. For graphic artists, applications such as Adobe Photoshop have had a massive impact on what you can create, and also on student learning. For example: adding colour to old black and white photographs can really help to bring history to life.

The future is AI

Software algorithms, or ‘AI’ (artificial intelligence), are often pitted against humans as a test of how much progress is being made in the AI field. In a recent study called “When will AI Exceed Human Performance?” top researchers were surveyed to find out when they thought unaided machines would be able to accomplish a task better, and more cheaply, than people. The results of the survey highlighted that the researchers expect machines will beat humans in being able to fold laundry in just over five-and-a-half years, and assemble any LEGO in just over eight years. On the creativity side, the researchers think that, given the current rate of progress, if provided with the back-catalogue of an artist, a computer would produce a song indistinguishable from said artist’s in just under 11 years, and would be able to generate a Top 40 pop song in 11.4 years.

Given its random nature, PacMac is acknowledged as one of the trickiest games for a computer to win, but the highest ever score achieved so far is by a Microsoft company called Maluuba, and Google Magenta is already generating music with expressive timing and dynamics (whether or not you think it is good music is a matter of personal taste).

In 2011, a group of developers who had over 100 years combined knowledge working on the notation program Sibelius were acquired by Steinberg (makers of Cubase and a Yamaha company since 2006). They were given the opportunity to start with a blank canvas and design a notation program for the 21st Century.

They started with engraving tomes such as “Behind Bars” by Elaine Gould and “The Art of Music Engraving and Processing” by Ted Ross, building the details of those books and other sources into notation algorithms. In October 2016 they released their notation program Dorico, named after the 16th century Italian music typographer, Valerio Dorico.

As they had started with a clean slate, they were able to build in flexibility such as open meter (which enables the user to be more free to compose), and no penalties when you change your mind — for example, the algorithms in Dorico can correctly re-notate music that was in 3/4 into 6/8 for example.

They focussed on making sure the rhythmic spacing of the notes was not interrupted and spaced items intelligently to avoid collisions — the result being that without any tweaking, the printed page automatically looks more beautiful. A powerful desktop publishing engine was also added to enable multiple layout options and reduce publishers’ reliance on other graphics programs to help achieve the printed excellence they demand. Creating worksheets in a notation program has never been easier!

There are sequencer-style options so the user can make changes like never before in a notation program. No longer do they have to switch to a DAW (digital audio workstation) to graphically adjust the played note lengths separately from the notated view of the score. Users also have direct control over VST effects and sample libraries for added realism – enhancing the composition process and spurring creativity.

Why put up with the same errors?

In your classrooms, do you keep seeing the same issues, errors or creative blockages? For example, are all the student compositions in C and 4/4 simply because that’s the default of your current software? Maybe you are not using the right tool for the job. In the same way that word processors are not designed for editing graphics to make a poster, your current notation software was designed 20-plus years ago and is no longer flexible enough, especially for composition or even simple options like a decent worksheet.

Dorico has been designed to give you and your students the space required to unlock creativity. It is simple to use, while being flexible enough to adapt both to compositional change and layout, and is able to help teach musical concepts as you work. 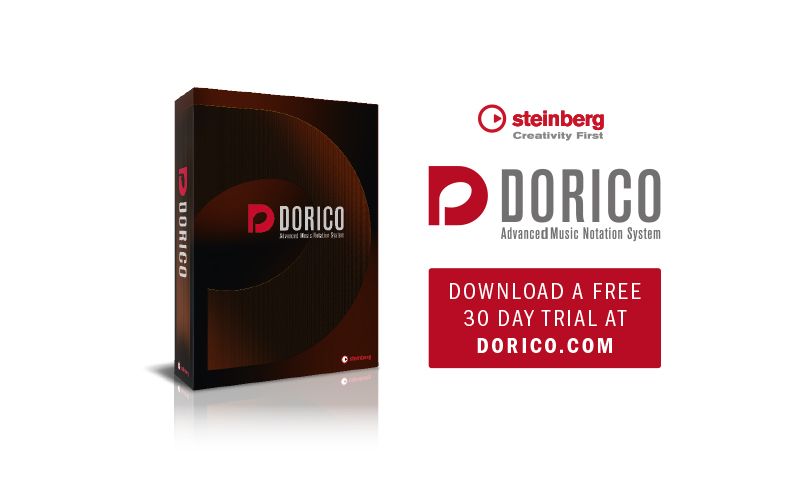 Dorico Education Specialist Peter Wardrobe can answer all your questions about implementing Dorico in your school. John is the Product Specialist for Dorico internationally, Steinberg’s brand new notation software. John is a native of the United Kingdom and recently made his first trip to Australia to present at the Maryborough Music Conference. As the International Dorico trainer and demonstrator, John has a wealth of knowledge gained from experiences all around the world specifically in the music education technology field. John is also a keen saxophonist and keyboard player.