E-flat is Where it’s At!

Australian instrumental music education programs in schools are typically based on the US model, and as such, the primary ensemble for wind players in educational settings is the concert band.

However, as music educators interested in the life-long learning and participation of our students in music, we need to be preparing young people to play instruments that will set them up for a range of future playing possibilities. Alongside concert bands, many Australian communities, large and small, have a strong brass band tradition.

Let’s talk about the French horn. Most schools don’t have enough French horn players to service their ensembles. It is a difficult instrument, and young players often struggle with pitch, especially in band. I am not, however, saying that tenor horns should replace French horns in school programs; the kind of student who should be recruited to play the French horn (the tenacious, smart kid with a great ear) should still be put on the French horn. I am arguing that, in addition to the French horn, we should be starting some students on tenor horn. So, instead of recruiting a gaggle of trumpet players, siphon off one or two and put them on the tenor horn instead. The tenor horn can also be a good switch for a trumpet player struggling with braces or having issues with range.

Tenor horn is the new black! By scaffolding the French horn section with some tenor horns, you are supporting your French horns with peers who are playing the same part at the same pitch. Also, by having a horn section in your band that is a mix of tenor horns and French horns, you have now included instruments with a much higher “strike rate” in terms of pitching, as the tenor horn is no more difficult to pitch on than the trumpet or euphonium.

The tone quality isn’t identical, but I would argue that the benefits of having a solid horn section making a brass contribution to the alto/middle voicing of the band (instead of just the alto saxes) far outweighs any pedantic concerns about mismatched tone colour, especially at the level of most school bands.

What band music do I give a tenor horn player?

Some publishers (e.g. Alfred Music) publish “World Parts.” These are often available online, and you simply print off an “alto horn” part. Otherwise, beginner-level horn band parts are not very complicated, and it would only take a few minutes for a teacher to transpose and write out a French horn part (up a tone) for the tenor horn player. Note that alto saxophone parts are not a suitable substitute; tenor horn players need parts in the same written range as trumpet parts in whatever level music is being performed.

Once tenor horn players get past the beginner stage, they can learn to transpose at sight. Reading music up a tone is not difficult, and transposition is a standard skill for horn players to learn, so this is not an unreasonable expectation.

Sometimes I get asked why I don’t advocate for students to learn the mellophone. That’s an easy question to answer. The mellophone is an American instrument used by French horn players for marching band (it looks like a large trumpet with a huge bell). Mellophones are not part of our musical tradition. They have no purpose that I am aware of outside American-style marching bands, and drum and bugle corps. By providing up-and-coming tenor horn players for our brass bands, we are supporting our community ensembles.

Tenor horn is not a dead-end street

Teaching students the tenor horn does not relegate them to some musical blind alley. Students can complete AMEB exams on the tenor horn. At the Queensland Conservatorium of Music (and probably at other institutions as well), students can choose the tenor horn as their principal study instrument, and several students have earned their music degree with a tenor horn major. 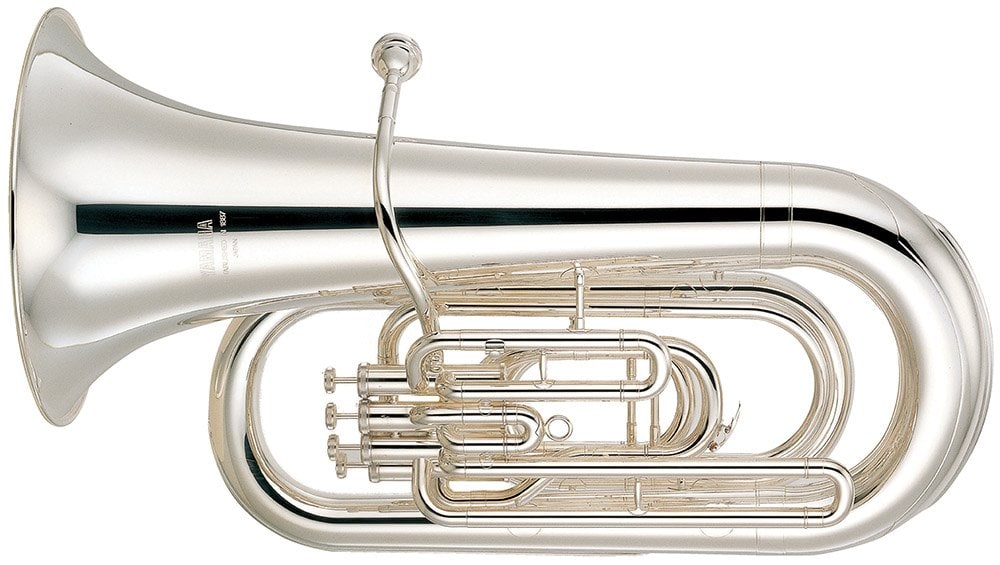 While it is rare to see a tenor horn in an Australian school band program, E-flat tubas are more common. There is, however, still a resistance among many teachers to this instrument. Is it because they don’t really understand the E-flat tuba (that is, it’s not just the same as euphonium down the octave)? Or is it because some people have blind faith in the American system – “Americans use B-flat tubas, so that’s what we should use in Australia”? I think it’s a combination of these factors.

Having lived and taught in the USA for 17 years, I can attest that every tuba player there who played my E-flat tuba fell in love with it, and several of them went on to buy one for themselves. Americans don’t play E-flat tubas largely because they haven’t been exposed to them!

Different-pitched tubas have different sound qualities. A B-flat tuba has a lot of “grunt” and, in the hands of a really good player, it can sound magnificent. If the player is not as skilled, however, it can sound “muddy”. Young students may have difficulty pitching even the fundamental starting pitches on this relatively cumbersome instrument. I have heard playing the B-flat tuba likened to driving a semi-trailer rather than a shopping trolley down the aisles of a supermarket! If the player is not highly skilled, the result can be messy and problematic.

The E-flat tuba is pitched between the B-flat tuba and the euphonium. Being a fourth higher than the B-flat tuba gives the E-flat tuba a cleaner, more focused tone quality. Small E-flat tubas are the perfect size for most primary school students. A full-size, four-valve, E-flat tuba, which can produce a full tone that will sound great in band, is still a manageable instrument in terms of its weight, size and height.

The best tuba sections are a mix of high (E-flat/F) and low (B-flat/C) tubas. Band parts for the tuba are often written in octaves once you get to Level 3–4 music. With a mixed section, the low tubas (B-flat) play the bottom octave and the high tubas (E-flat) play the top octave. If you have multiple tuba players, have someone play B-flat. If you only have one tuba player (which would be very unfortunate, as only the tiniest bands should have only one tuba player), I would suggest an E-flat.

The E-flat tuba is also a versatile instrument. As well as performing well in band, it sounds great in chamber music (brass quintets, etc.) and as a solo instrument. It’s a more accessible, all-round instrument than a B-flat tuba. Given the paucity of tuba players in most school band programs, I would think that we should be looking for anything that would generate success for tuba students.

Where tuba players come from

By adding tenor horns and E-flat tubas to your school band programs you will improve the sound of the middle and bottom of your bands. You will expand the opportunities on offer, and you will be setting up students to participate in some of the best playing opportunities that are available in the broader community. Just because this approach isn’t currently common, doesn’t mean it isn’t a great idea.

The existence of wide-spread instrumental music programs in Australian schools is still a relatively recent phenomenon. We’re still finding our way. Let’s take the best of the US model, but not ignore our own musical heritage. We can forge a more nuanced system that will benefit everyone. 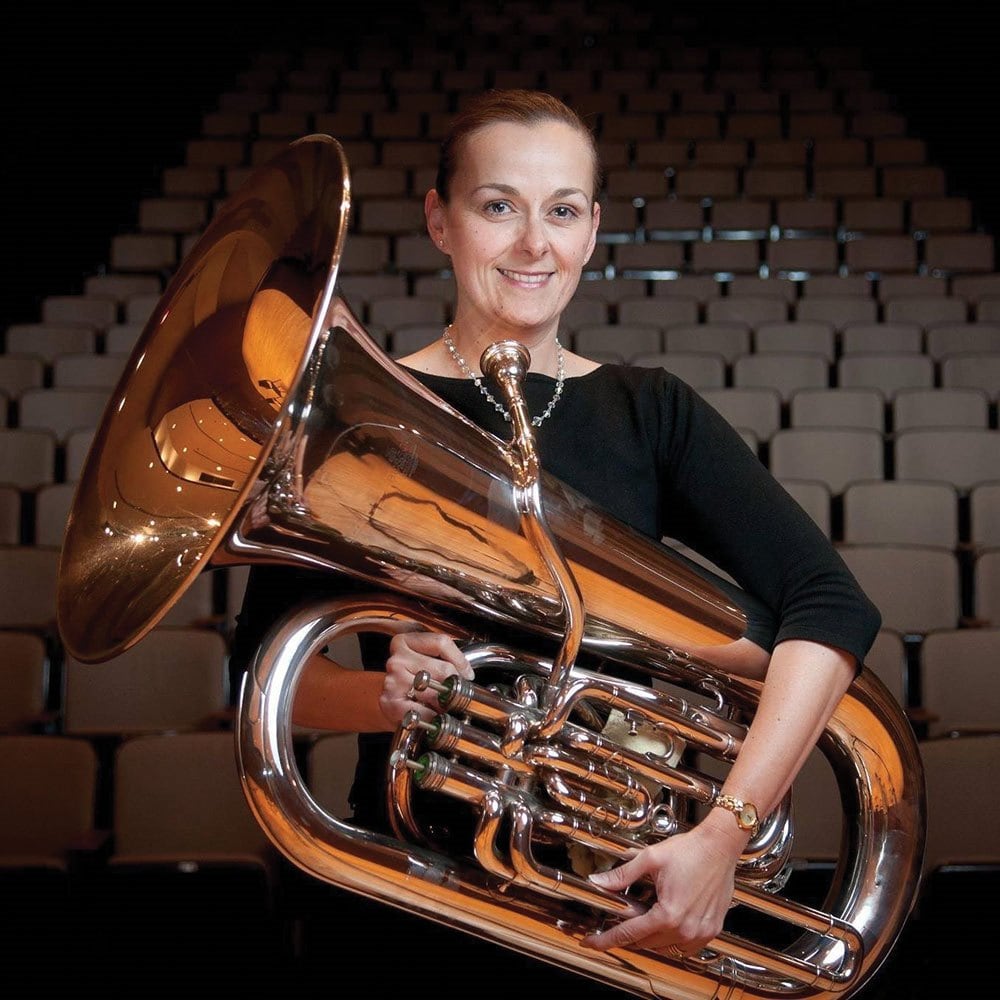 DR. Heather McWilliams earned a Ph. D. in Curriculum & Instruction (Music Education) from the University of Wisconsin — Madison in 2003, before teaching tuba, euphonium, band, and music education courses at American universities for more than a decade. She has taught instrumental music in Queensland and Western Australia. Heather currently works for Education Queensland. She is also a freelance conductor and clinician.