At 23 years of age, Sarah McKenzie the pianist, vocalist and composer is a graduate of the West Australian Academy of Performing Arts.

While in Perth she completed a Bachelor of Jazz (Composition) degree, won the Jack Bendat Scholarship, the Hawaiian Award for ‘Most Outstanding Jazz Graduate’ and the Perth Jazz Societies Award for leading the ‘Most Outstanding Group of the Year for 2008’. She also sung backing vocals alongside Michael Buble for the Multi-Platinum-Artists ‘Call Me Irresponsible’ Tour.

Now based back in Melbourne, her rise through the ranks of the Australian music scene has been spectacular, aided by frequent appearances at venues like Bennett’s Lane, The Paris Cat, and at major festivals. Her musical pedigree is impeccable, having been mentored by legends like Graeme Lyall, Jamie Oehlers, and especially James Morrison, whose Scholarship she won after six consecutive years of involvement in Morrison’s Generations in Jazz talent development programme, where she performed alongside him at major concert venues including The Basement in Sydney, The Stonnington Jazz Festival and The Stones of the Yarra Valley.

In 2011 Sarah released her Debut Album “Don’t Tempt Me”. This album contains extraordinary takes on classic pop, blues and jazz tunes, from the barnstorming first single You’d Be So Nice To Come Home To, through a smouldering rendition of the classic Summertime and onto a unique bossanova take on Elvis’ Love Me Tender which sounds as if it’s come straight from the soundtrack of an uber cool bar scene from TV show Hawaii Five-0.

Stand-outs too are three originals by Sarah, including the Latin-style title track Don’t Tempt Me (featuring James Morrison), a rollicking gospel inspired I’ve Got The Blues Tonight and the blues heartbreaker Love Me or Leave Me, amazingly written when Sarah was just 16 years of age.

Produced by Chong Lim, “Don’t Tempt Me” marks a crucial milestone in the rapidly-developing career of the Melbourne-raised, Perth-educated McKenzie, whom critics around the country have identified as a once-in-a-generation talent. 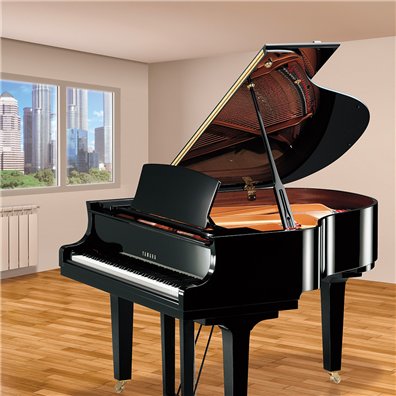 Crisp attack. Sparkling tone. Clean harmonies. This is the birth of a new series of grand pianos that builds on the legacy of Yamaha’s CFX concert grand piano. 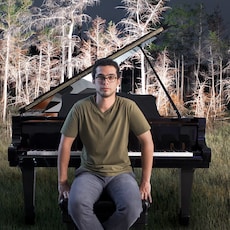 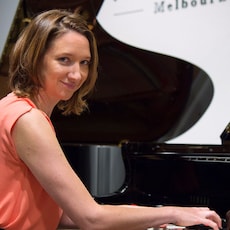