"The CVP, along with Cubase offers an extraordinarily powerful armoury for composers. For work-shopping ideas the CVP is intuitive and there is no disruption to the creative flow. With a few finger taps I can change orchestrations, pushing my ideas to the limit. Mozart would’ve killed for an instrument like this and doubled his output."

Matt Ottley is a multi-modal artist working across the fields of music, visual arts and literature.

He is an award-winning picture book writer and illustrator, having had more than 35 picture books published and his images published in numerous non-fiction books. Matt Ottley’s numerous awards include the Children’s Book Council of Australia’s Picture Book of the Year, the Queensland Premier’s Award for Young Adult Literature, the Patricia Wrightson Prize in the NSW Premier’s Literary Awards, the IBBY Australian Illustrator award and he has been shortlisted for the Prime Minister’s Award. His work has been translated into many languages around the world.

Matt’s latest work, The Tree of Ecstasy and Unbearable Sadness, is a large-scale multi-modal project featuring a 104 page picture book with an accompanying 50 minute orchestral work performed by the Brno Philharmonic Orchestra and the Czech Philharmonic Choir of Brno.

For many years Matt was a performing flamenco guitarist. He studied music composition with Andrew Ford, Professor Ted Cowie, Moya Henderson, Ann Boyd and Rodney Hall. Since 2014 he has been composing original music for his picture books as part of the ‘Sound of Picture Books’ initiative with The Literature Centre, members of the Western Australian Symphony Orchestra and Yamaha Australia. His music has been performed at the Perth Arts Festival, Perth Fringe Festival and the Hong Kong International Literature Festival. He recently performed his multi-modal works in South Korea, including an improvised performance with two of South-Korea’s foremost multi-modal artists. With all of the CVP-809 features in a sumptuous grand piano-style cabinet, the CVP-809GP adds a touch of splendor to any room. 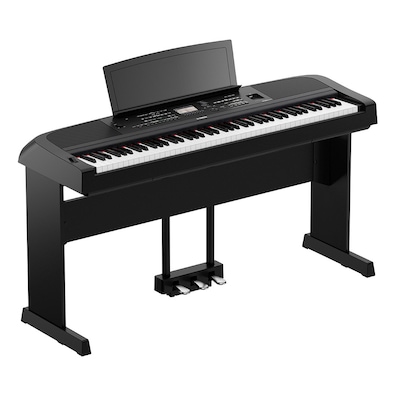 Digital pianos with powerful speakers, offering high-quality piano voices together with accompaniment in a broad range of genres. Comes as a set with L300 stand and LP-1 three-pedal unit. 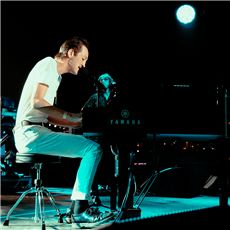