The Centre for Advanced Medical Simulation at the Northern Alberta Institute of Technology (NAIT) is an impressive 6,000-square-foot space featuring a wide variety of immersive learning environments. It includes nine specialized theaters, five ground control rooms, four elevated control rooms, and several breakout rooms for trainers and students to debrief and watch simulations in real-time. Students and industry professionals at NAIT are presented with real-world scenarios and medical emergencies to learn how to safely care for patients.

Many medical simulations, just as a real-life medical scene, are chaotic. A crucial stage of preparation for nurses and doctors in training requires being immersed fully in these situations that mimic reality, to learn how to respond quickly under intense pressure.

As one would imagine, crystal-clear audio is paramount to performing the medical simulations accurately.

In one of NAIT’s large simulation rooms, this crystal-clear audio comes from Yamaha's RM-CG Ceiling Microphone. 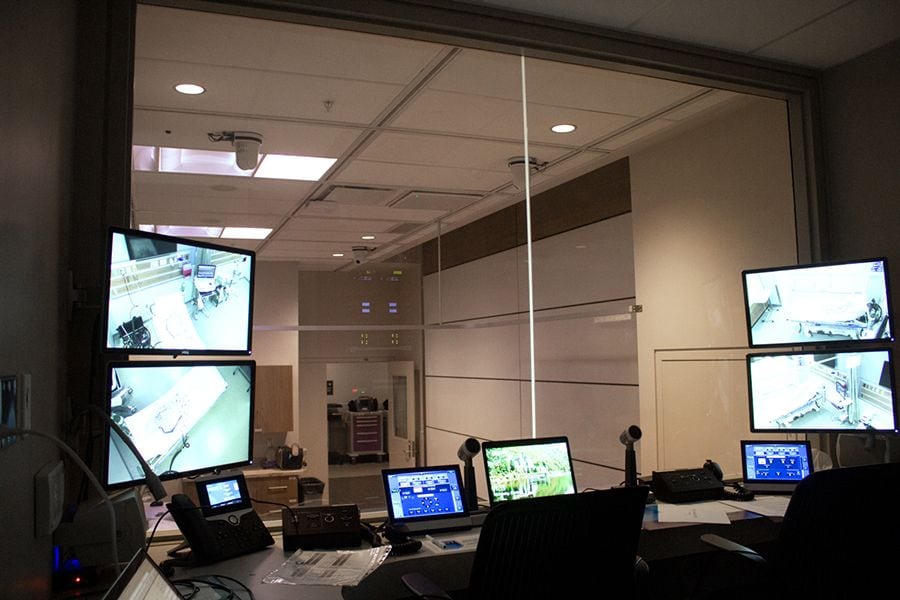 Initially, the simulation rooms utilized two small puck mics mounted on 12-foot-high ceilings. While these microphones successfully captured the area directly underneath, they failed to pick up the noise across the entire large room. Furthermore, the noisy chaotic scene led to unclear audio and slower response times from the control room, jeopardizing the accuracy of the medical situation and the quality of education.

Since updating to Yamaha’s RM-CG Ceiling Microphone and RM-CR Network Processor, operators and technical staff have noticed a significant improvement in the audio pick-up.

“The difference is night and day,” said Jason Tyler, Installation and Design Coordinator at NAIT. “Overall, it’s been fantastic in that room. The pick-up coverage is unreal.”

The simulation room technical staff installed the ceiling microphone in the middle of the room for optimal room coverage. As to be expected, installation efforts were minimal, and the mic’s functionality supported many of the current technology and processes already in place. For example, the RM-CG’s software agnosticism allowed for output from the center’s existing Biamp system, requiring minimal programming. The RM-CG’s dynamic beams also allow for a variety of room layouts. This flexibility is necessary, as the setup of the simulation room changes frequently, from a NICU unit to an operating room and anything in between. All technology is run from the control room, so the trainers and students can focus on the incredibly important medical tasks at hand.

“With this mic, you hear everybody as clearly as possible,” said Jason.

An initiative to update all simulation rooms with RM-CG ceiling microphones is currently in progress. The RM-CG Dante-enabled Ceiling Microphone is packed with Yamaha’s innovative technologies such as: Human Voice Activity Detection, Echo Cancellation, and Dereverberation. Four Dynamic Beams automatically track voices within the room simultaneously, so lively – and, at times, chaotic – conversations are picked up and delivered clearly to the far end. Dynamic Beams also eliminate the need for reprogrammed or fixed lobes, allowing for room flexibility. Yamaha’s RM-CG Ceiling Microphone comes in white or black. It’s available either as a standalone mic, or as one of four components in the ADECIA Ceiling and Line Array Speaker Solution. 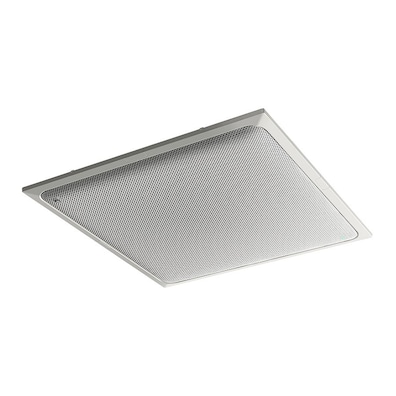 Signal processor at the heart of the ADECIA