YM2612: The chip that powered music on the Mega Drive

Yamaha instruments are used by many famous artists. But did you know Yamaha played the backing music for Sonic the Hedgehog, Michael Jackson, and Ecco the Dolphin? One of the lesser known facts of Yamaha’s history is it made the sound card that powered the Sega Mega Drive.

Every Sega Mega Drive had a YM2612 chip inside, a tiny FM synthesiser developed by Yamaha. Computers and consoles didn’t have the storage space for sound files in the 80’s, instead they had sound cards with built in synthesisers that played music data ‘live’.

Yamaha had already been developing synth chips for home computers and arcade cabinets. A further stripped down version based on these home computer chips was made to be mass produced alongside the Mega Drive.

The technology behind the YM2612 stretches back even further. Yamaha were the first to develop a commercially available FM synth, the DX7, which became one of the defining sounds of the 1980s.

You might be wondering how the technology behind a full sized keyboard was shrunk down to fit inside a video game console. All within the space of less than a decade.

Examining the path from the DX7 to the Mega Drive is a great dive into the history of FM synthesis and what sets it apart from the synthesizers that came before:

The FM in FM synthesis stands for Frequency Modulation. The synth generates a waveform that contracts for higher pitches, and expands for lower pitches, much like the frequency of a real sound wave.

FM synthesis can also be made entirely with digital components, and have tonal characteristics much brighter than traditionally warm analogue synths. FM synths can make distinctly bright, bell like tones, that analogue synths at the time couldn’t replicate.

Yamaha actually created the first prototype FM synthesiser in 1974 before commercially releasing the GS-1 in 1980. It wasn’t until 1983 that FM synthesis really took off with the landmark DX7, the bright synth that influenced a decade of music.

FM synthesis allowed synthesisers to shrink down from a wall of patch cables to a single transistor on a PCM board. The tiny form factor of FM synthesis chips meant other devices could have an instrument on board as part of their features.

Yamaha made scaled down FM synthesis chips to power the sound of computers and video game arcades throughout the 1980s. The YM2612 was based on these chips but received certain improvements such as six overall channels, per-channel programmable stereo sound, and an onboard digital-to analog output converter.

The YM2612 has the classic bright tones of an FM synth, as well as its own peculiar form of crossover distortion that gives the chip its characteristic fuzz on certain patches.

Sega America also made the software GEMS to help composers create music for the Mega Drive. The program came with 104 different patches of instruments to work with. The YM2612 also only had 6 channels to work with, so composers had to get creative with sequencing and prioritising clips to get their arrangements across.

A recently discovered manual revealed the range of sounds the YM2612 could produce, and included a handy diagram of algorithms for achieving different sounds:

Getting the sound of the YM2612 today

Although a lot of documentation on the technical details of the YM2612 were lost to time, the chip has gained such a strong following that fans have reverse engineered almost every aspect of the YM2612.

It’s possible to find cycle accurate software emulations of the YM2612 as well as sample based instruments. You can even buy modern cartridges for the Mega Drive that turn your console into a midi controlled instrument.

However, the great thing about FM synthesis is its sound is relatively consistent across all FM based instruments. Synths have become more powerful in the decades since the DX7 hit the market, and so FM synthesis becomes another selling point than a keyboard’s sole feature.

You can capture the feel of the YM2612 on the Montage or the MODX, both powerful synthesisers with more operators and features than the YM2612 or the DX7. The MODX has an improved synthesis engine called FM-X where waveforms are fed into each other, creating new modulations that generate a wider range of sounds than previous instruments.

If you’re looking for a more accessible and FM focused option, you can’t go past the Reface DX, a miniature reissue of the legendary DX sound. The Reface DX gives you a synth that can generate all your vintage video game and 80s ballad ideas in a much smaller form factor, although not quite as small as the YM2612 chip itself. 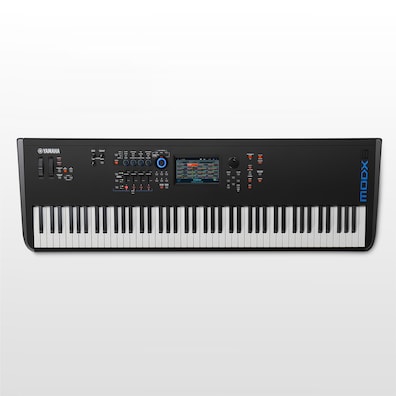 Empower your creativity, take control and stand out from the crowd with MODX: a compact, lightweight synthesizer designed for inspired music-making. The MODX features the same technology as MONTAGE synthesizer modernized for amazing sound playback and complex sound design. 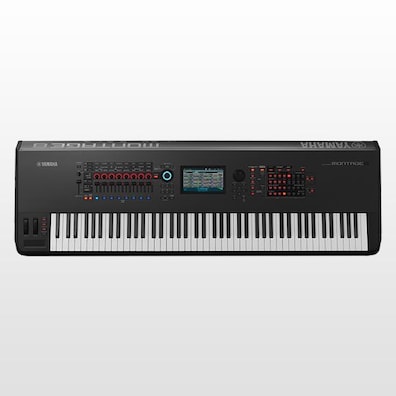 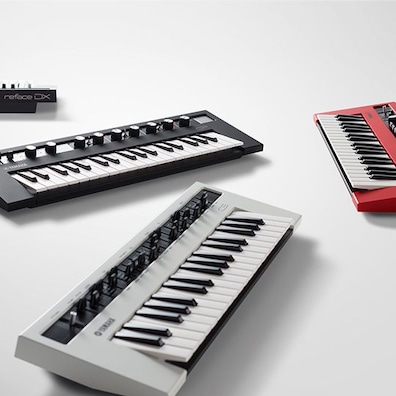