"The Yamaha NX range are the most structurally sound and well built nylon guitars for live and on stage performances out there. They never compromise on precision or tone when amplified and at high volumes are truly the apex guitar for professional musicians."

Opening the borders of genre, Opal Ocean fuse together rock, flamenco techniques and progressive pop arrangements to create their own unique wall of sound.

After forming in late 2013, Frenchmen Alex Champ and New Zealander Nadav Tabak decided like many other great musicians to take to the streets busking, composing and crafting their original works in the heart of Melbourne, Australia. With their independent “Terra EP” enjoying great success, selling over 7000 physical copies.

The momentum from Lost Fable's release has brought attention to the duo online, going viral with millions of views and countless shares across social media in early 2017. Currently Opal Ocean is set to play the Melbourne Guitar Show 2017 and festivals across Australia and Europe.

Like the NTX1200 and NTX900, this model easily accommodates a wide range of musical and playing styles and offers the perfect place to start exploring your music and nylon string sound.

The cutaway body design offers extended playability making the NTX900 perfect use with a wide range of styles. The NTX900FM is a capable instrument, delivering everything from subtle fingerpicking to flatpick solos.

This is a 433mm scale ukulele-style nylon string guitar. It's fun and stylish at any time, any where. Guitalele is a perfect take-along guitar.The guitalele’s tuning is pitched up to “A” (or up a 4th) at A/D/G/C/E/A. 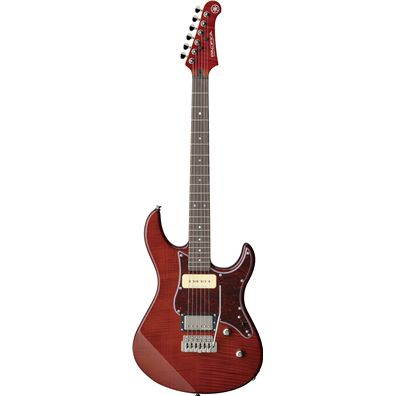 First launched in 1990, the Pacifica series was driven by the California session scene of the day-where versatility, performance and individuality were key. Inspired by those custom-shop guitars, and that original version, PAC611VFM featrues Wilkinson VS-50 and this is today's embodiment of the PACIFICA concept．